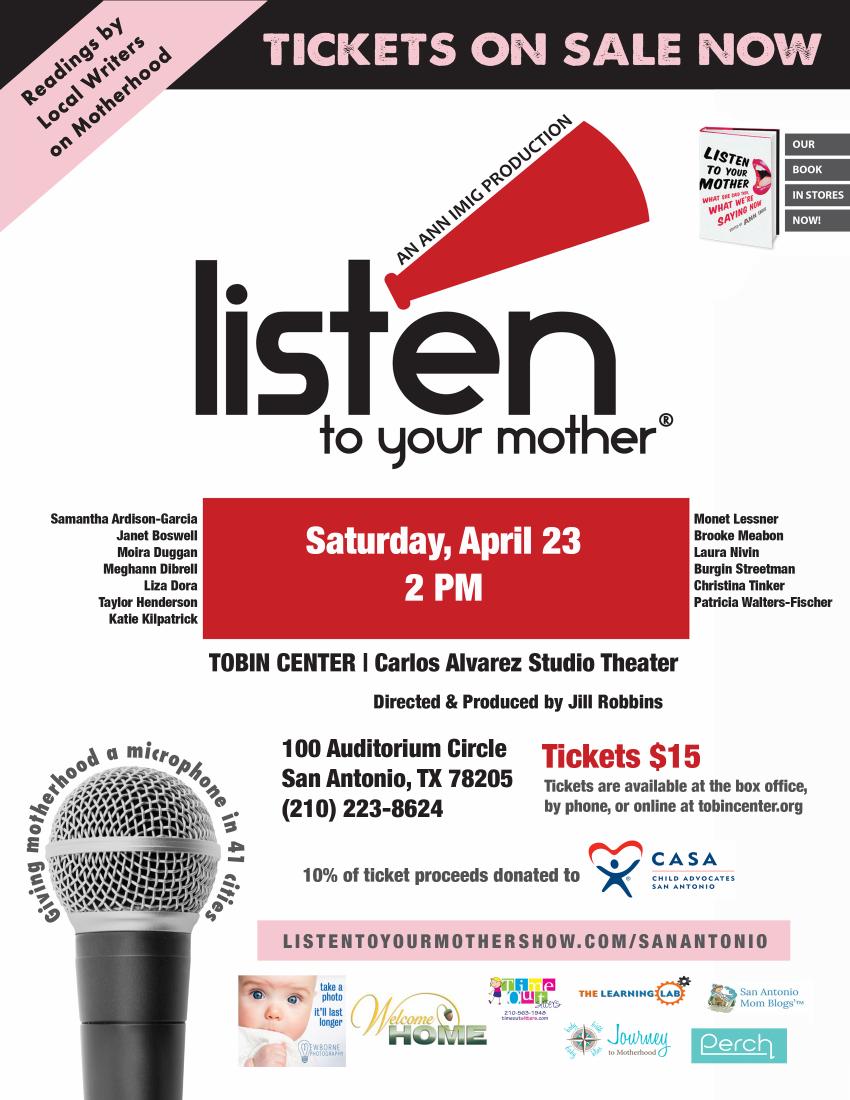 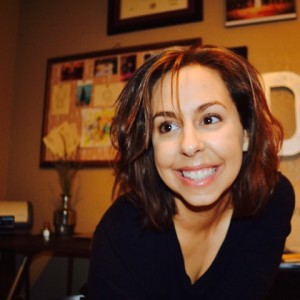 Another one of our amazing Listen to Your Mother cast members is Liza Dora is an author/illustrator born in San Antonio and hell-bent on travelling the world. As a chemistry major at Texas A&M University, she started enough small fires that it is slightly alarming she isn’t on some sort of watch list. She is a complete nerd that somehow ended up marrying one of the cool kids, and she uses too many commas and in all the wrong places. She blogs emphatically and sporadically at LizaDora.com and her writing has been featured on The Huffington Post, Scary Mommy, The Mighty and various other online publications. She has a two-year-old daughter and a six-year-old English bulldog. One is loud when awake and the other is loud when asleep. If you are ever a guest in Liza’s home, feel free to bring you own set of earplugs (and possibly a fire extinguisher).

Why audition for the show?

It seemed like such an amazing platform. Any program that dedicates itself to recognizing and celebrating motherhood, to me, has so much value. I think so many moms need to hear that they aren’t alone in their thoughts and experiences.

Why did you pick the piece you did for the show?
I picked my piece because it really resonated with me when I wrote it. I wrote it for a friend who was about to have her first daughter, but not first child. I wanted to encourage her and also let her know how amazing of a #GirlMomma she would be.

Best/Worst/Unexpected advice given to you about motherhood. About being an adult in general.
The best advice I received about motherhood was to do what feels right and to trust my gut. I still didn’t. I read everything on the internet and listened to a million pieces of advice from other people, but if I had to do it again I would’ve gone with my own instincts. It was good advice. Of course, learning about things like 4 month sleep regression are very important but you should never be afraid of your maternal instinct.

Goals for motherhood before you had children. After.
Ha! I didn’t necessarily plan on motherhood, so I didn’t have any real #momgoals before, but I’m glad I didn’t. I think sometimes those expectations come back to bite you. After my daughter was born, I really wanted a Game Of Thrones shirt that said “Mother Of Dragons”. My husband gave me one at Christmas. So, really, my work here is done.

Book/Movie you can’t wait to read/watch with your children and why.
I absolutely cannot wait until my daughter is old enough to read the Harry Potter books. And once she is, I’m sure she’ll hate being read to and just want to read them to herself and refuse to entertain any of my “fan theories”.

What do you hope people will take away from the show after hearing all of our stories?
I hope people realize that being a mom looks different for everybody and that’s not a bad thing. There are many commonalities to motherhood,but as a whole we are a diverse group and that’s not just OK–it’s wonderful.

Hear Liza and so many other fabulous women at the Listen to Your Mother event, April 23rd, at the Tobin Center for Performing Arts. 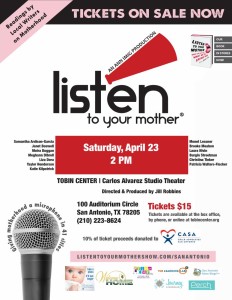