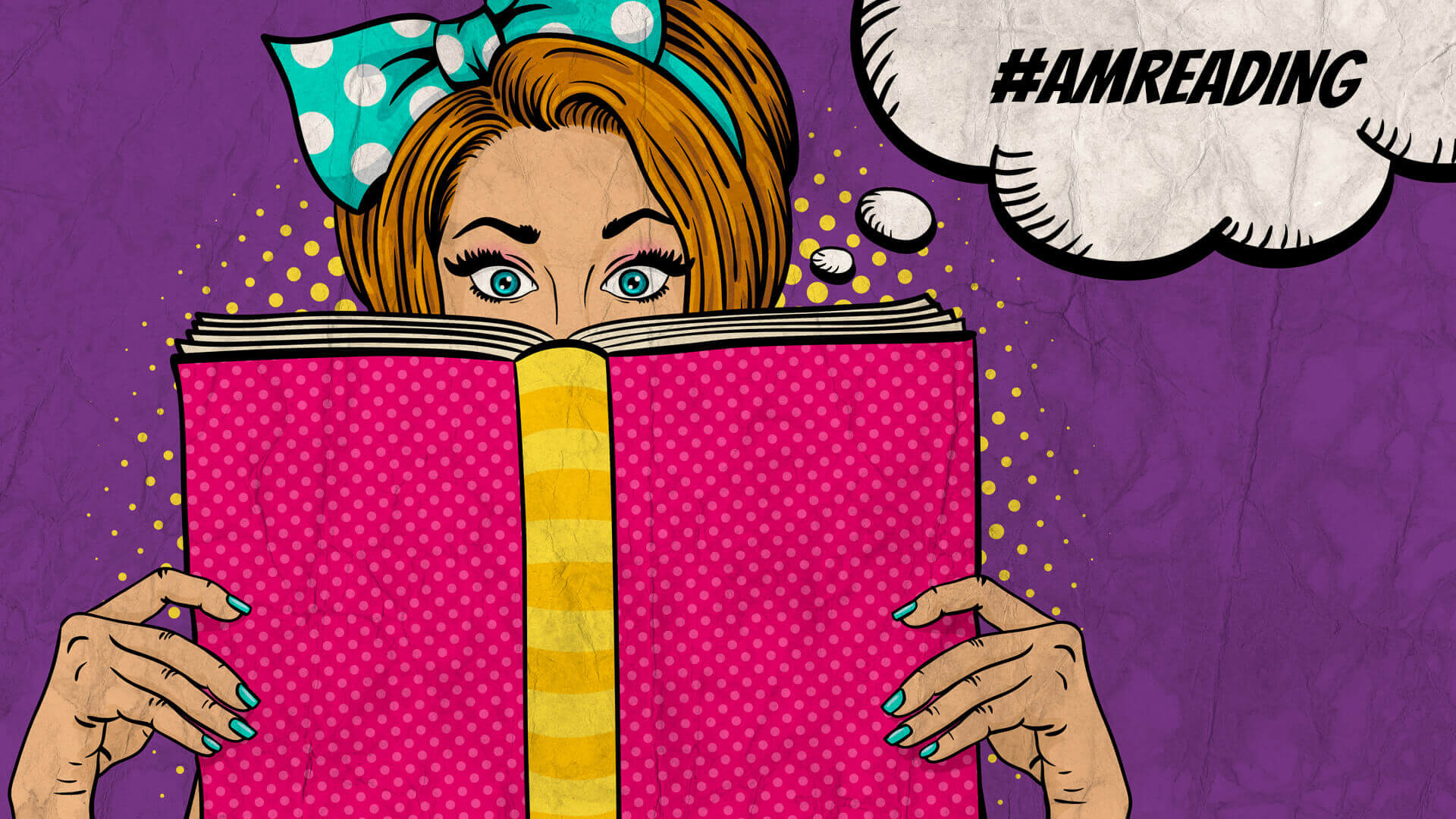 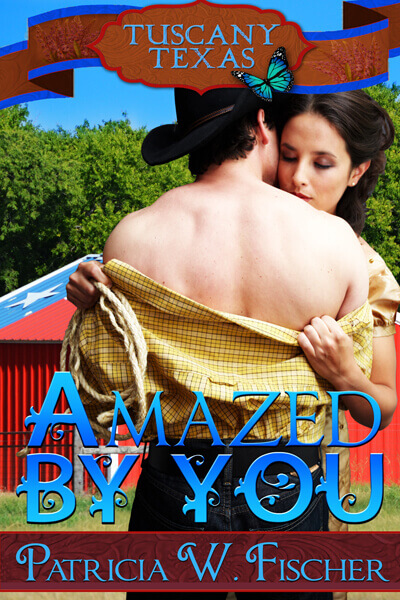 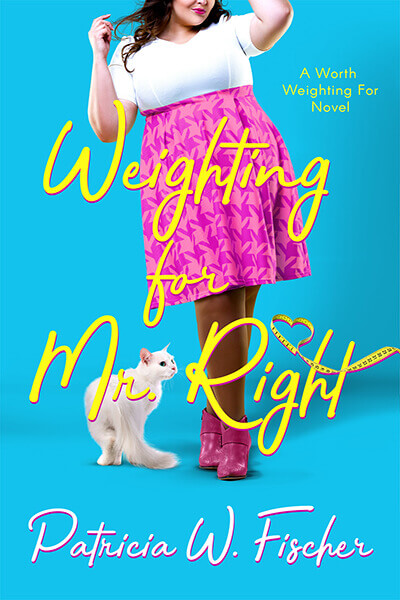 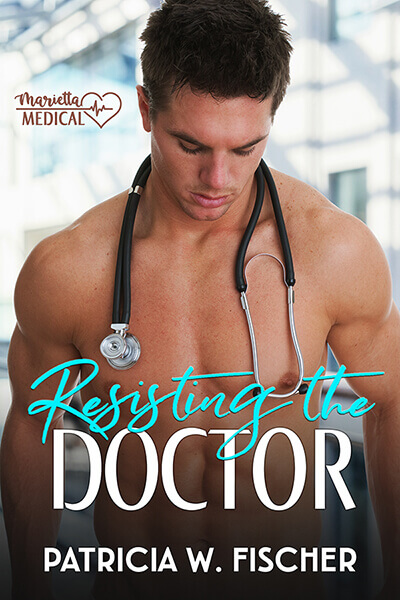 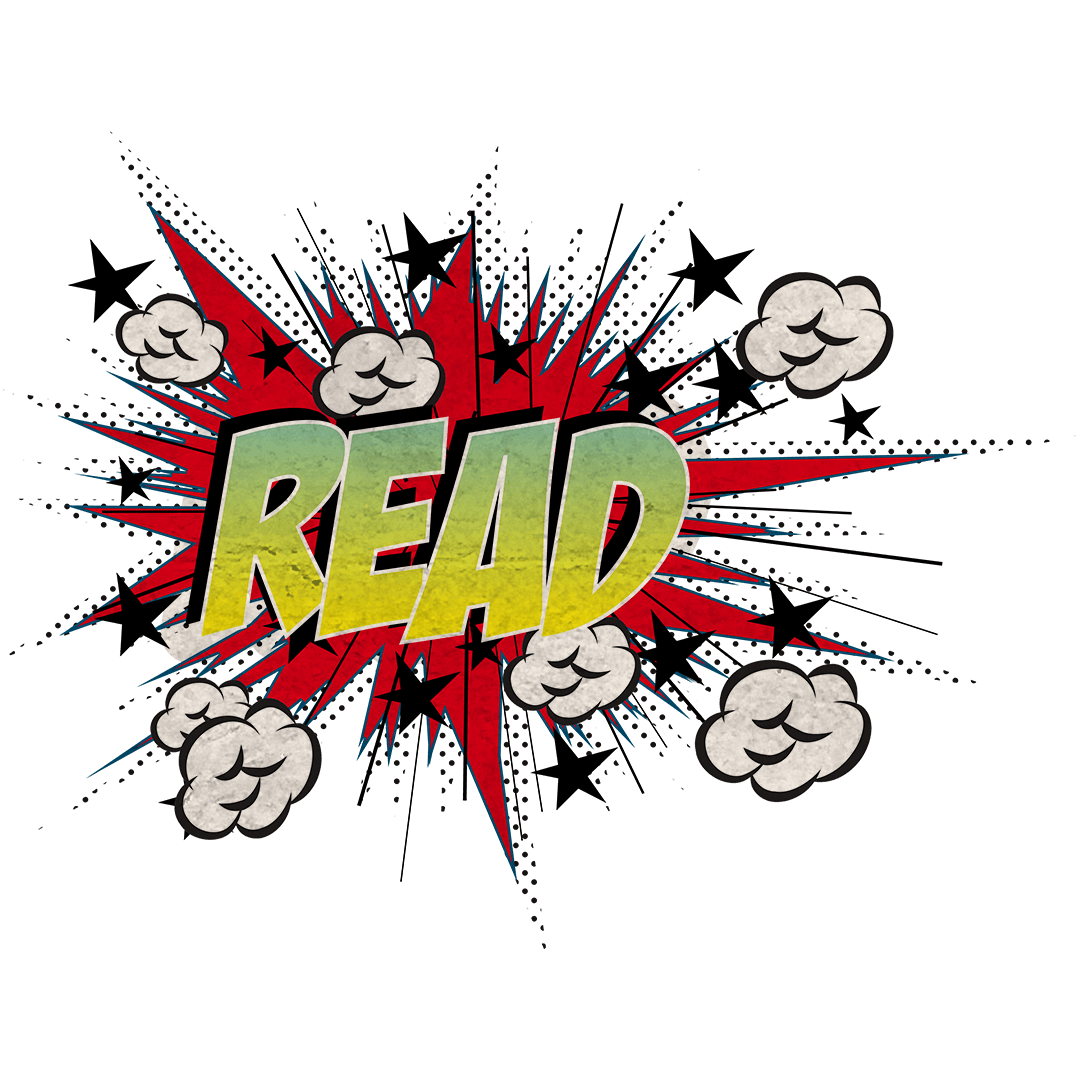 Fulfilling a promise, Thomas has come to Marietta to help the woman who saved his life then leave as soon as possible. Still sustaining injuries from the near fatal attack, he realizes how much he appreciates the slower pace of his temporary assignment at a rural hospital. It’s a soothing balm after years in an hectic urban ER.

The charm of Marietta and the friendliness of his colleagues lure Thomas into thinking he might like to make his temporary position permanent, especially since he and Lucy have become closer. As their relationship begins to heat up, Thomas realizes Lucy is everything he dreamed of in a life partner, and he can’t imagine letting her go. But when they both realize they are up for the same promotion, will they be able to keep their personal and professional lives separate? 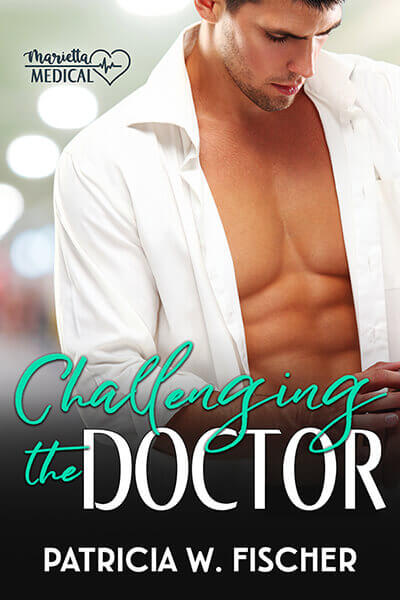 Can the truth cost his love….?

After a near career-ending scandal, ER doctor, Edmund Davidson relocates to Marietta looking for a fresh start. Edmund settles quickly into the small Montana town and thrives in his new job. He especially enjoys sparring with the gorgeous, smart but enigmatic nurse practitioner, Jade. She intrigues him like no woman he’s ever met, yet he can’t help feel that she’s harboring a dark secret.

Jade Phillips has returned to Marietta after a personal trauma and the death of her father. She’s determined to reboot her life and build her career. When she meets Edmund, she feels like she has a real shot at happiness until her youngest brother returns home trapping Jade between family loyalty and the future she so desperately wants.

Nurse Shelly Westbrook has returned home to Marietta hoping to give her son and niece a Christmas holiday to reboot a disappointing year. Christmas is magic and Marietta is the perfect place for them all to start over.

Dr. Peter Davidson has never indulged in the Christmas spirt, but he thinks he’s hallucinating when he reaches the city limits and sees a sleigh driven by a white bearded man in a red suit. The minor collision is inevitable, as is his slight concussion. His obsession with the beautiful angel of a nurse who stops to render aid is unexpected, but just what the doctor ordered. 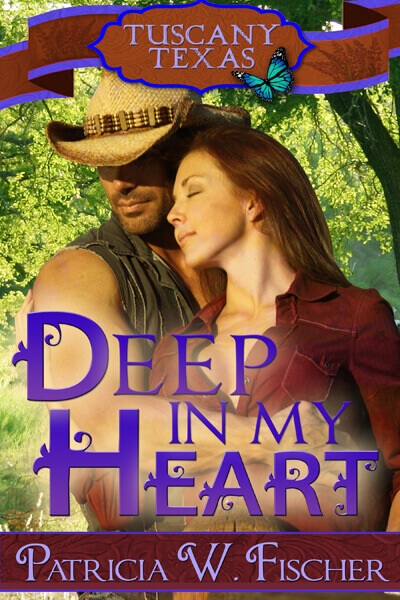 Dr. Jocelyn Promise had no long-term plans to stay in Tuscany, Texas, but she saved the daughter of Caleb Davis, her high school crush, and became a hero. Will she allow herself to fall for him again?

Widower and Air Force Veteran, Caleb Davis, never wanted to fall in love again… until he saw Jocelyn. Now someone from his past has arrived to even a score.

Can he protect his family, Jocelyn, and his heart?

Things are about to get interesting in Tuscany, Texas 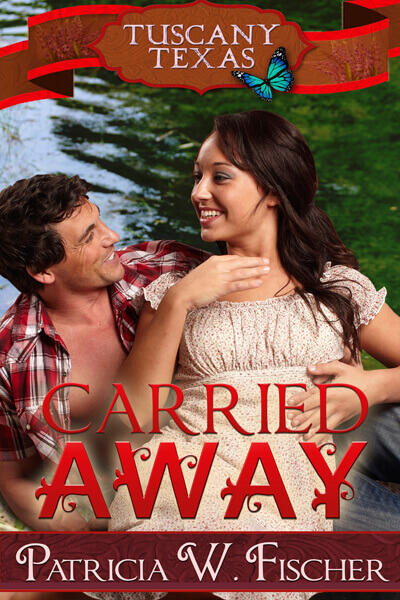 Luke Davis only had eyes for Mia Connors since he first saw her at the July 4th parade when they were twelve years old. From then on, he and Mia, along with his best friend Bruce Dexter, were the Three Musketeers.

Then one high school summer changed everything and Mia ended up pregnant…by Bruce.

Heartbroken, Luke stepped aside to give Mia and Bruce a chance to make their growing family work, but he’d never stopped caring for her.
Fifteen years later, Luke has returned to Tuscany after serving in the Air Force as an ER doctor and discovers Mia’s marriage has crumbled.

Mia Connors-Dexter became a bride far earlier than she anticipated. An impetuous evening one summer changed her life forever and she lost the chance with the only man she’d loved, Luke Davis. Now, Luke’s home and Mia’s life has been yanked out from underneath her. Secrets she’s kept hidden are revealed and her husband’s actions set things in motion with tragic consequences.

When Luke is unable to save his former best friend, he must reconcile his guilt as well as his feelings for Mia.
Mia’s been living in her own private hell and she suddenly finds herself free, but unsure of herself.

Can these two find the strength to help each other heal and finally let their love get carried away? 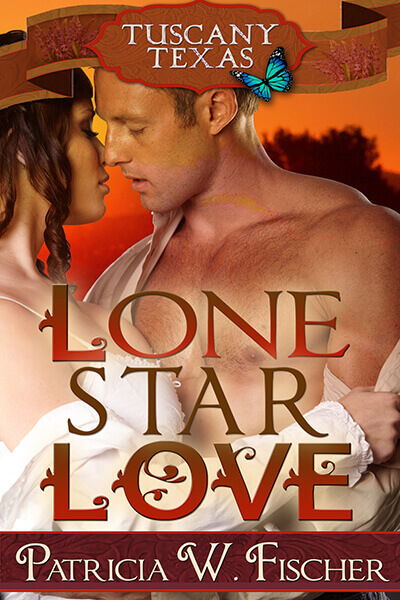 Former mean girl, Tish Martin, had it all growing up. Perfect house, great family, and more money than she could spend in a lifetime. Now, she’s returned to Tuscany divorced, in remission, and caring for an Alzheimer’s afflicted mother.

Something has to go her way, right? Not exactly. After almost being killed in an attempted kidnapping, Tish literally runs into the arms of Sheriff Ethan Parker.

The former Marine, Ethan, had his eye on Tish Martin when they were in high school, but she never gave him the time of day. Since he’d rescued her from a near death experience, they’ve been inseparable, but he knows Tish isn’t telling him everything about her time away.

With her body in recovery and her broken heart healing, can she let Ethan in to help her heal? And will a secret she’s been keeping from him shatter their chances?

Things are about to get hotter in Tuscany, Texas.

From award-winning writer, Patricia W. Fischer, Amazed By You is Book #4 of the Tuscany Texas series featuring youngest brother, Joseph Davis and a newcomer, Stephanie Stratford.

Responsible Joseph Davis just got dumped…at the altar. With his heart shattered, he decides the best way to heal is a one night stand and the cute brunette he just befriended will do just fine. Especially, when she offers him a deal he can’t refuse.

One night. Just sex. No names.

Against his good-guy nature, he agrees except something about her makes him realize, they’ve met before.

As a pregnant teen, Stephane Stratford stayed in the Pathways Foster Home and gave her daughter up for adoption. During her time there, she had a brief conversation with a young chestnut haired hunk with the cute dimples. He treated her with such kindness, she’s always compared every other suitor against him and all have failed miserably to measure up.

When she unexpectedly has to return to Tuscany to care for her now, teenage daughter, Stephanie wants one last fling before having to take on the permanent role of mother. This hot cowboy couldn’t be a better choice, but their rendez-vous ends too quickly and when they say their good-byes, Stephanie is confident she’ll never see him again…until she finds him standing in her sister’s kitchen.

As drawn as he is to her, does he take a chance in trying romance again?

With their attraction growing, Stephanie finally realizes that cute boy with dimples from long ago has grown to be one amazing looking man and the keeper of her biggest secret. Should she admit it all and face the fallout? Risk losing the only things she holds dear? Can Joseph work through his broken-heart and learn to trust again?

Things are about to get hotter in Tuscany.

After making a disastrous spectacle of herself at the altar, overweight brainiac Megan Sayla only wants to save face by changing the direction of her life, but doesn’t expect to make a wrong turn and end up in a men’s bathroom stall.

As she tries to gather her thoughts to make her escape, she’s befriended by a stranger, Jacob Dante, whose unexpected chivalrous behavior ends up giving her words of comfort, wisdom, and the strength to move forward.

Along with her new friendship with Jacob and her overachieving cousin, Sam, by her side, Megan inches her way to a better life, mind, and body.

Despite her positive progress, she finds that familiar obstacles make her journey almost impossible to complete and former allies attempt to derail her success. With Jacob’s encouragement, Megan continues forward, but as she pushes toward her goals, the journey becomes more complicated and Megan begins to question her own motivation.

Should she simply return to the life and fiancé she had before to make others happy? Or can she believe in herself enough to finish what she started? 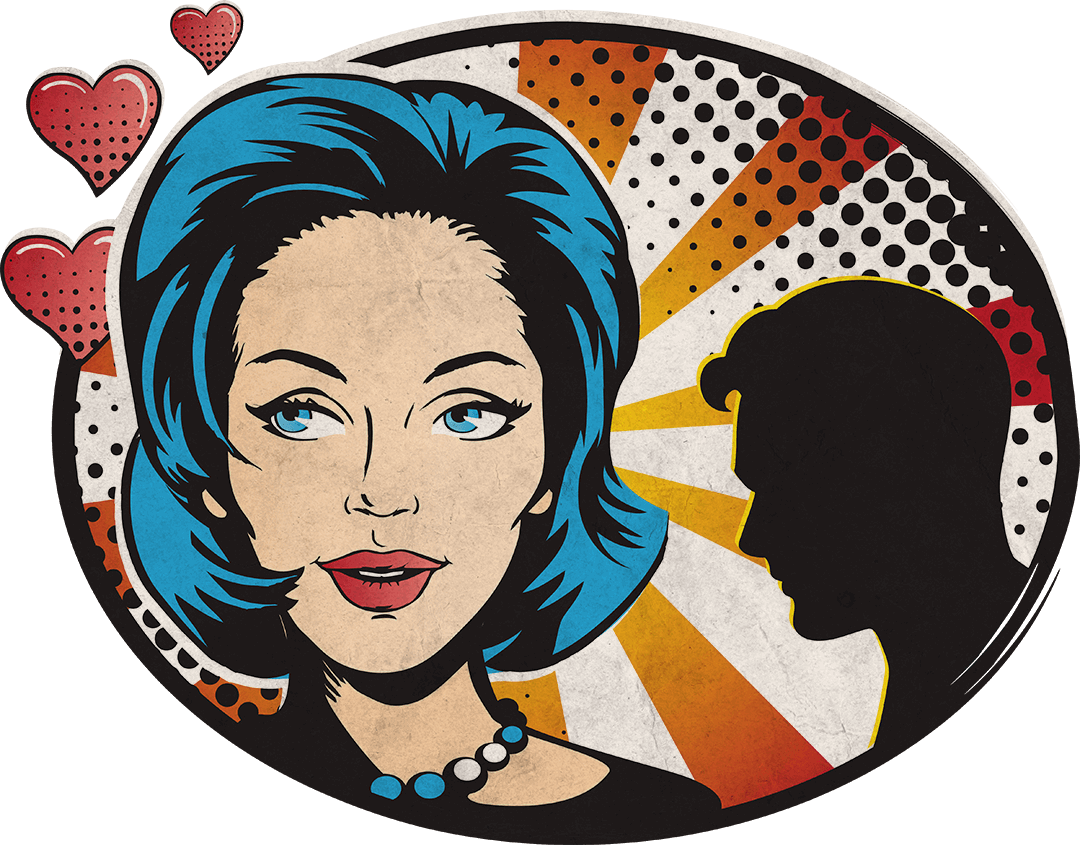