10 Books You Should Read About Breaking NASA’s Racial Barriers 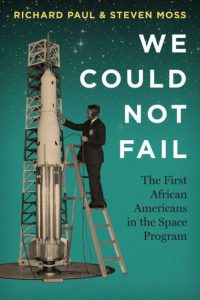 For those who aren’t familiar with my monthly book segments San Antonio Living, I have the great fortune to find books and present them to a wide audience of listeners.

Pre-Covid, this gave me an excuse to wander around the bookstores and the book section of HEB and Target, to find stories and covers I found interesting.

Now, I do random searches on the internet for new releases and luckily I found We Could Not Fail: The First African Americans in the Space Program.

For anyone who’s seen or read Hidden Figures, you might think you already know this story, but let me assure you, you don’t.

Through interviews, newspaper articles, authors Richard Paul and Steven Moss highlight the ten African American space workers, who were essential in developing the space program, but were also part of NASA’s role in promoting the Civil Rights movement, integration, and education in America.

Author Richard Paul discusses here about beginnings of this project:

As I searched for more information about how the space program developed after the Civil Rights Act of 1964, I found They Had a Dream: The Story of African-American Astronauts. 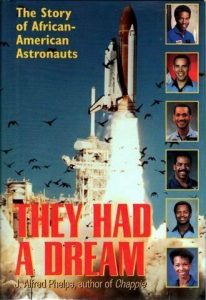 Published in 1994, author J. Alfred Phelps wrote of the extreme hardships of dealing with the “melanin ceiling” as NASA initially never planned to integrate or bring women into the space program.
Despite the parameters put into place under President Eisenhaur’s administration, in 1961, President Kennedy changed the social trajectory as he wanted to use NASA as a tool to forward integration.
Even with those plans in place, it didn’t mean the path to becoming an astronaut suddenly opened the doors for anyone who wasn’t white or male.
In fact, the first seventeen years of the space program, there were NO black astronauts, despite there being plenty of qualified black and women candidates.

Author Phelps covers the journey of Air Force Capt. Edward Dwight, passed over by NASA in 1963 despite his more than impressive abilities as a pilot, passing multiple physical tests, and him having earned an engineering degree while in the Air Force.

Others who are discussed in the book are Guion S. Bluford who was the first African-American man in space, Ronald McNair who died in the Challenger mission in 1986 as well as Frederick D. Gregory, Charles Bolden, Mae Jemison, Bernard A. Harris, and Winston Scott. 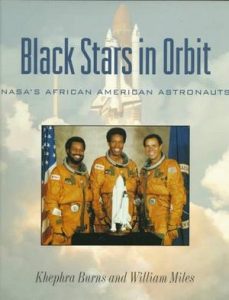 Some of NASA’s first African-American astronauts including Ronald McNair, Guidon S. Bluford, and Frederick D. Gregory from the class of 1978 selection of astronauts. (per Wikipedia)

The great thing about Amazon book searches is it keeps giving me more suggestions because if I liked They Had a Dream, I would probably like Black Stars in Orbit.

Published in 1995 and authored by Khephra Burns and filmmaker William Miles, this middle grade level reader was based on the documentary shown by Miles in 1990.
The authors cover a wide range of timelines, discussing the discrimination given to the Tuskeegee Airmen of World War II, through the Civil Rights movement and beyond.

Although the subject matter of blatant discrimination and segregation are presented, it’s done with productive and honest writing that encourages conversations with young readers. It’s something we should discuss, even if the conversations are difficult. Bringing awareness to the fight and struggles for racial equality helps us understand how far we’ve come and how we can continue to improve and widen our views of the world.

The book also includes a sidebar about actress Nichelle Nichols’ role in recruiting men and women of color into the space program.

Try as I might, I could not find the documentary Black Stars in Orbit so if anyone finds it, please throw it down in the comments.

Whether it’s you or the young space lovers in your life, there are plenty of stories to choose from. 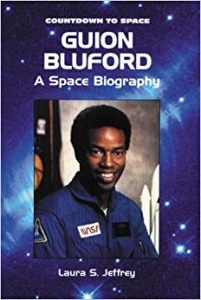 Check out the biography of the first black astronaut who went to space, Air Force Colonel and aerospace engineer Guion S. Bluford. 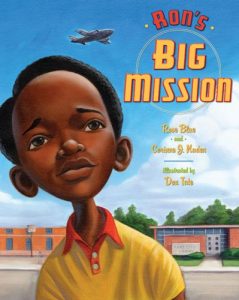 Reaching for the stars had always been Ron McNair’s dream, but first he had to get a library card. Ron’s Big Mission tells the story about Ron McNair’s early childhood in segregated South Carolina and his gentle persistence to get his local library desegregated.

That determination is what helped him earn his PhD in physics from MIT and eventually be chosen for NASA’s astronaut training program.

He graduated from the program in 1978 with two other black astronauts, Guion Bluford and Fred Gregory. They would be the first three African-Americans in space. 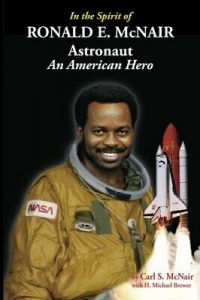 An accomplished saxophonist, McNair planed to play an original piece on board the Challenger and spent hours practicing up to the last minute.

The book In the Spirit of Ronald E. McNair, tells about his upbringing and his constant drive for success in his studies and in life.

Penned by his brother, Carl S. McNair, it includes one Astronaut McNair’s quotes ~ “Quitting is not an option, the only option that remains is success.”-Dr. Ronald E. McNair

The first African-American woman in space was Dr. Mae Jemison and there are multiple books for young adults, elementary school children, and adults including Find Where the Wind Goes (coming February 23, 2021) and Blast off Into Space like Mae Jemison. 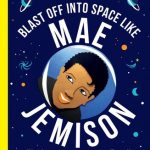 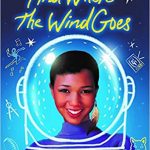 After graduating from Stanford University with degrees in chemistry and African-American studies, she earned her medical degree from Cornell.
While at Cornell, she continued to study dance at the world famous Alvin Ailey American Dance Theater.

Once she completed her medical residency, she worked with the Peace Corps for two years before applying for NASA’s astronaut program after being inspired by Astronauts Bluford and Sally Ride, the first woman in space.

Her 1992 flight with Space Shuttle Endeavor was also the 50th shuttle mission of the NASA program. 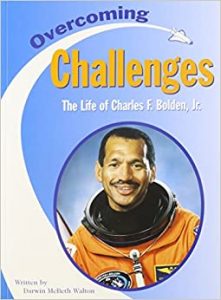 Overcoming Challenges: The Life of Charles F. Bolden Jr, it tells about how in 1968, after being turned down for an appointment with the US Naval Academy by the Congressional Delegation of South Carolina Delegation, Charles F. Bolden wouldn’t take “no” for an answer.

He wrote a letter to President Lyndon B. Johnson and that put things in motion.

Within three weeks, a naval recruiter arrived at his home to discuss his future and that lead to his appointment by U.S. Representative William L. Dawson from Chicago, Illinois.

After graduating from the Naval Academy with a bachelor’s in Electrical Engineering, Bolden became a Naval Aviator, flying 100 missions in the Vietnam War. 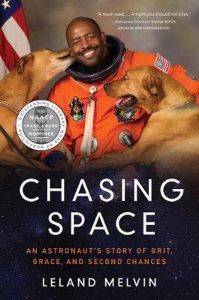 Leland Melvin not only conquered space, but the gridiron.

In fact, he’s the only astronaut who also played professional football.

In his book, Chasing Space, he discusses his journey from the classroom to the football field to his work as an engineer and into the astronauts’ space program. He flew in Space Shuttle missions in 2008 and 2009.

The cover photo of his book (in both young adult and adult versions) made headline news as he’d brought his rescue pups with him to take his official NASA photos.

He continues to encourage children to study hard and keep reaching for their dreams as well as motivate all of us through public speaking.

Although I’m not completely positive I’ve included ALL the books about our incredible black astronauts, I am including a full list of the astronauts themselves here: 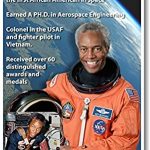 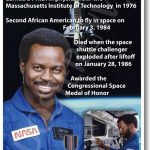 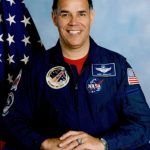 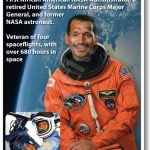 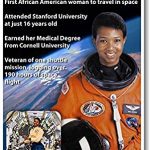 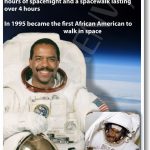 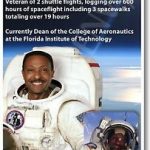 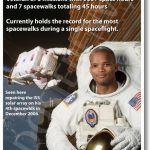 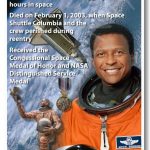 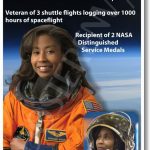 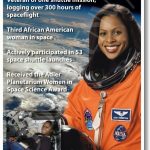 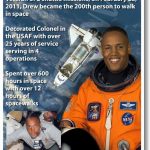 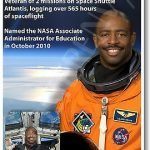 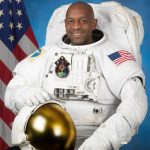 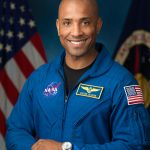 Thank you to all of them for their bravery, determination, and hard work.

If you want to read more about each astronaut, check out their bios at NASA and Wikipedia.

Do you have a favorite story of seeing any of these amazing people on TV for the first time?

Drop a comment below and continue on with me as I tell you more about those worked behind the scenes to get our feet off the ground and into orbit.

What do you watch for entertainment in the evening

My office mates are lazy as crap.

First Zoom meeting of the year for the Ovarian Can

I don’t understand why I can’t get anything do

Already too dog-gone tired for an overcast Friday