“Let’s talk about our bonkers, awesome sequel!” Zachary Levi AKA Shazam threw out a list of questions at the start of the Shazam 2 Panel in the DC Fandome. 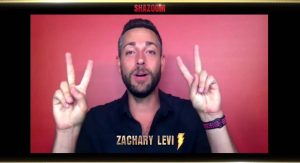 “Will there be a DC Cameo?”
“New superpowers?”
“Will Superman be in it?”
“Can we talk about the new title?”

Levi pauses before he answers. “We’re limited in what we can talk about.”

But before he can finish, a few more familiar faces pop on the screen and begin to spill the tea. 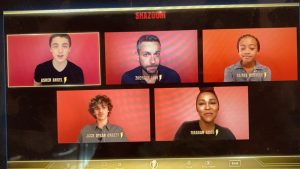 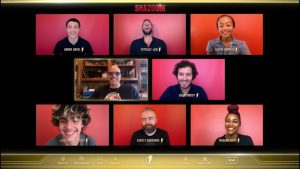 With the simultaneous filming of Shazam 2 and Black Adam, rumors have floated around that there might be some crossover cameos, but nothing was confirmed with this or the Black Adam panels. Since Black Adam and Shazam butt heads frequently so one appearing in the other’s film wouldn’t be out of the realm of possibilities. 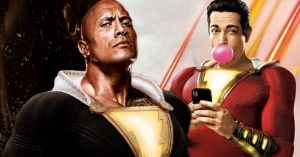 Considering the Shazam 2 movie isn’t schedule to be released until November 4, 2022, there wasn’t a huge amount to discuss, but sweet Faith presented the first movie poster for the film as well as the title.

You can watch the entire panel discussion here. 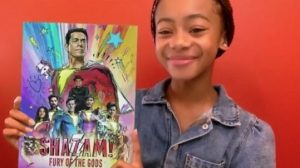 What do you think? You excited for the Shazam 2: Fury of the Gods movie?

What was your favorite scene in Shazam?

For those who need a bit of a refresher, check out the original trailer and drop your comments below.

The post Shazam 2 Cast blasts into DC Fandome with the Fury of the Gods appeared first on Geek News NOW. 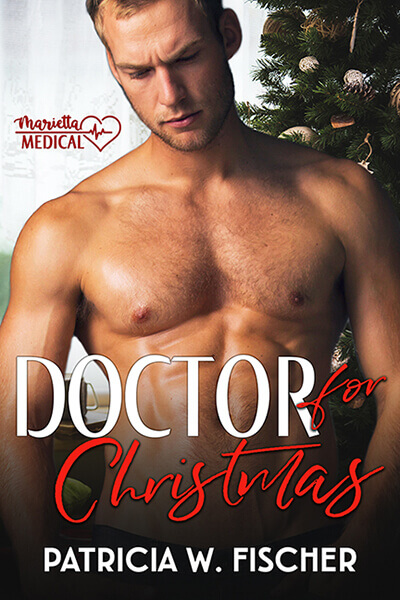