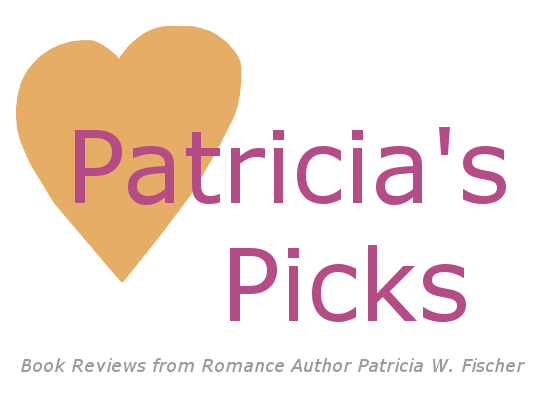 Ah, Spring Break. It’s a mere 3 weeks away and it’s time to start thinking about what you’re going to do during that glorious week off–or if your kids have off, how you’re not going to go mental.

I have a few distractions for you in the form of amazing books.

First up, Eloisa James. No one does historial romance like Eloisa. Other than being a very class person in general (she really is, I’ve met her. She’s lovely.) she writes with amazing skill and detail. Her latest book, My American Duchess doesn’t disappoint. 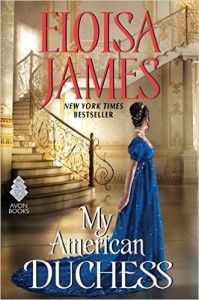 The arrogant Duke of Trent intends to marry a well-bred Englishwoman. The last woman he would ever consider marrying is the adventuresome Merry Pelford— an American heiress who has infamously jilted two fiancés.

But after one provocative encounter with the captivating Merry, Trent desires her more than any woman he has ever met. He is determined
to have her as his wife, no matter what it takes. And Trent is a man who always gets what he wants.

The problem is, Merry is already betrothed, and the former runaway bride has vowed to make it all the way to the altar. As honor clashes with irresistible passion, Trent realizes the stakes are higher than anyone could have imagined. In his battle to save Merry and win her heart, one thing becomes clear:

All is fair in love and war

Next up, for you contemporary romance lovers, I have two picks. Rich Amooi (yes a guy author), has a super cute, Eclair to Remember. 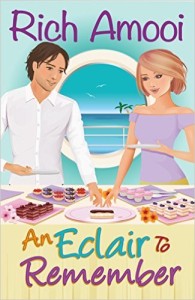 Sydney St. James has decided to settle. She says yes to Mr. Not Quite Right and sets sail on a cruise to Alaska for her bachelorette party. But when Sydney meets Silicon Valley’s most eligible bachelor aboard the ship, her world turns upside down. Oscar Martin is handsome, charming, and to make matters worse…he gets her completely.

Oscar has his own problems—and his own fiancée. He’d planned the cruise as a last ditch attempt to save their relationship, but she decided to skip it. The tide turns when he meets Sydney as they both reach for the last eclair at the dessert station. Now he can’t get the beautiful, feisty woman off his mind.

Oscar is certain serendipity brought them together. Sydney is not so sure. But the cruise will be a trip of self-discovery for both of them, and fate will have the final word. 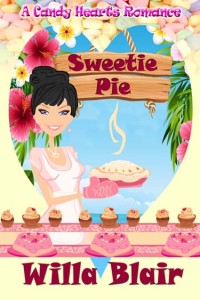 Makenna Stewart flees Scotland for the Big Island of Hawaii intent on making real a cherished dream—a bakery of her own. Hard work and long hours leave Makenna craving some fun in her life. Her best customer, Greek-god sexy surfer Tom may be just what she needs, but she suspects there’s more to him than board shorts and a devastating smile.

Retired professional surfer and real-estate multi-millionaire Tom Bensford, is there when she opens every morning, but he’s not craving her Morning Glory muffins. Fascinated by the dark-haired, blue-eyed wahine with the creamy Celtic skin and devastating Scottish accent, he’s never met a woman like her. Too bad he’s about to destroy her dreams.

To him, it’s just business. To her, it’s the kind of betrayal she fled Scotland to escape. Can the island magic in Makenna’s heritage save her dream and their romance, or will his secret tear them apart?

Do you love fairy tales? I’m all about them. That’s why I’m excited to find a different take on the Happily Ever After 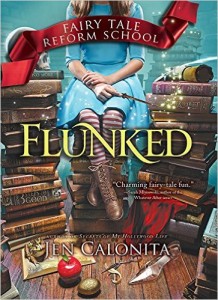 World with a twist (of lime you know because it’s National Margarita Day). Check out Jen Calonita‘s Flunked.

Gilly wouldn’t call herself wicked, exactly…but when you have five little brothers and sisters and live in a run-down boot, you have to get creative to make ends meet. Gilly’s a pretty good thief (if she does say so herself).

Until she gets caught.

Gilly’s sentenced to three months at Fairy Tale Reform School where all of the teachers are former (super-scary) villains like the Big Bad Wolf, the Evil Queen, and Cinderella’s Wicked Stepmother. Harsh. But when she meets fellow students Jax and Kayla, she learns there’s more to this school than its heroic mission. There’s a battle brewing and Gilly has to wonder: can a villain really change?

Finally, I’m glad to talk about Jenny Lawson‘s book, Furiously Happy. Jenny, AKA the Bloggess, talk about how she’s dealt with major depression and social anxiety. Furiously Happy has a lot of colorful language and you will laugh out loud at the funny parts and the parts that aren’t about humorous things, but Lawson presents them so well, you can’t help but be sucked in. 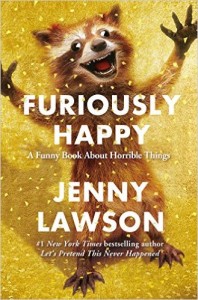 But terrible ideas are what Jenny does best.

Happy reading everyone!
Thanks again to Shelly Miles and San Antonio Living for having me on.